- July 17, 2021
Christmas in July continues with another ornament for your tree. I've been spying these Grinch Ornaments on Pinterest for quite a while and decided it was finally time to make one. 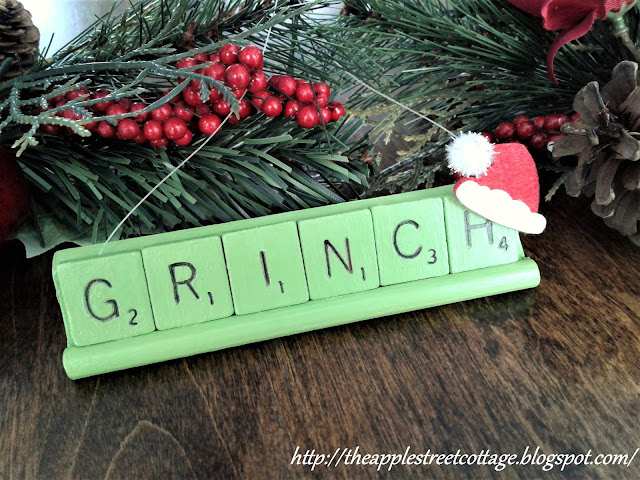 I never saw any instructions, but, let's face it, how hard can this be?  Let's get started. 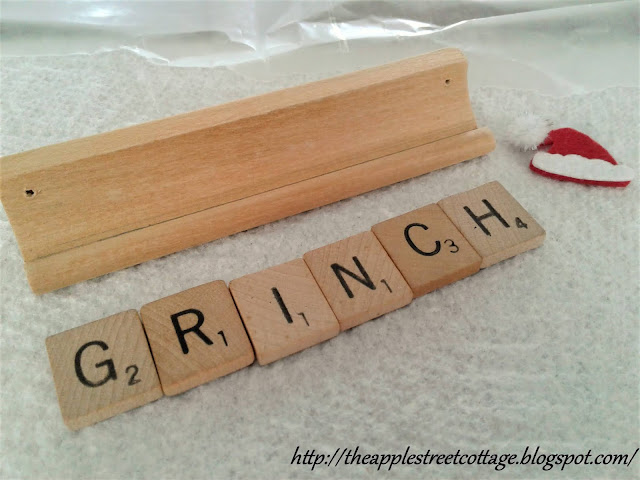 I had everything I needed:  scrabble tiles, a rack, and the little Santa hat - yes, I used them for cards one year and had some left over.  I also had craft paint and spray sealer. Notice, I drilled 2 holes in the rack for hanging.
The first step was to give everything a coat of white craft paint to act as a primer. 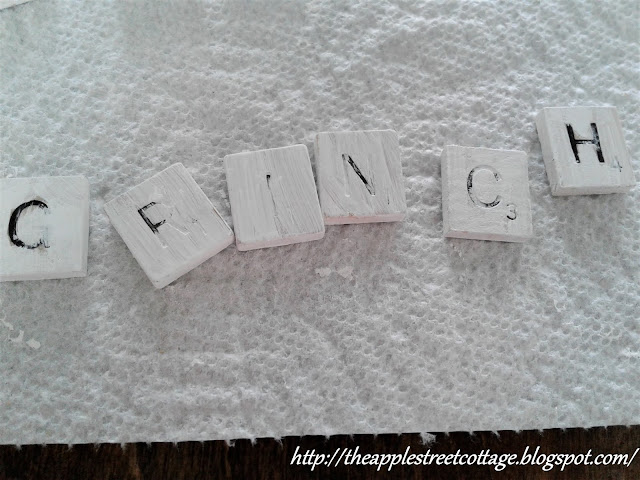 Keeping the paint out of the letters was difficult, so while they were still wet, I used a toothpick to remove as much paint as possible. 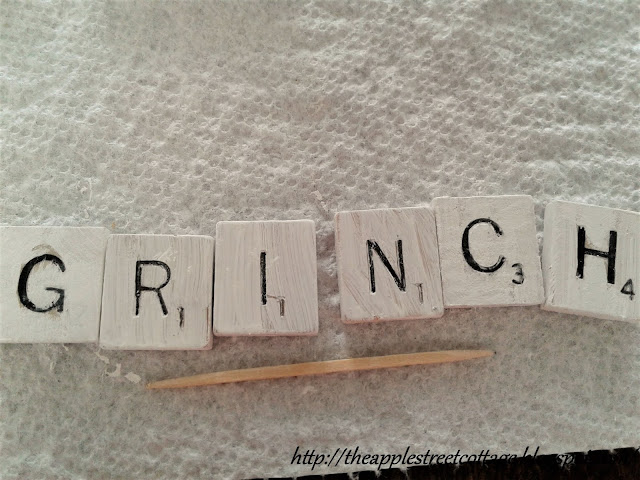 After two coats of 'Grinch Green' and cleaning out the letters, a Sharpie was used to trace the letters in black. 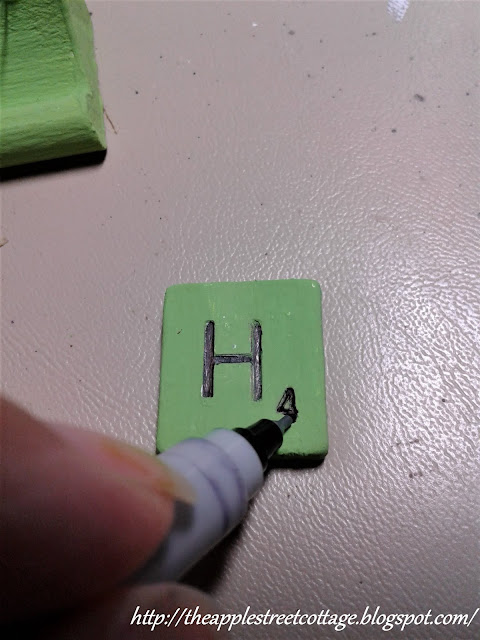 The rack, after receiving the same paint process was ready for hanging.  Fishing line was threaded through and knotted. 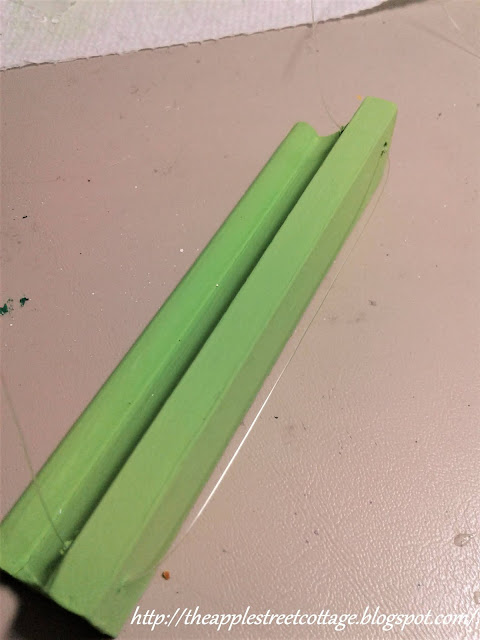 The tiles were glued in place with E6000 and the entire ornament was given 2 coats of clear sealer.  The Santa hat was attached and the ornament was ready to hang on the tree. 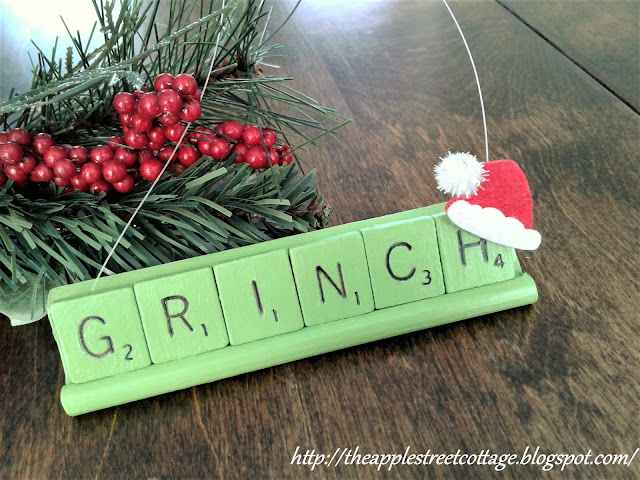 It's July, so there's no tree!

This is a great way to use some of those Scrabble tiles and racks that you find at yard sales and don't worry if you don't have the Santa hat.  They should be out in the crafts stores in no time! 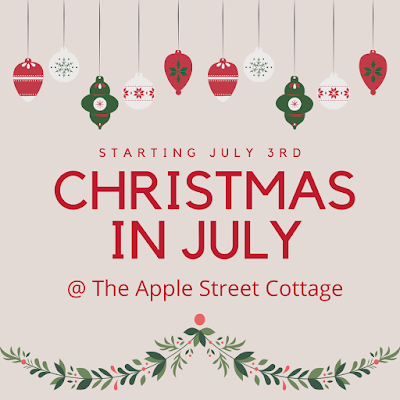 Be sure to come back next time for a new Christmas project and the 'Do It Over' Designers Blog Hop.  You never know, they may have a Christmas project or two to share with you!
I'm so thankful for my readers!  I forgot to include the actual color I used.  It's 'Apple Tart' by Craft Smart and I found it at Michaels.
Featured at:
Classy Flamingos 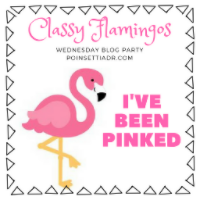 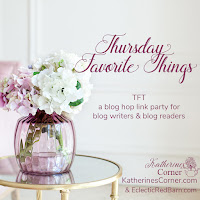 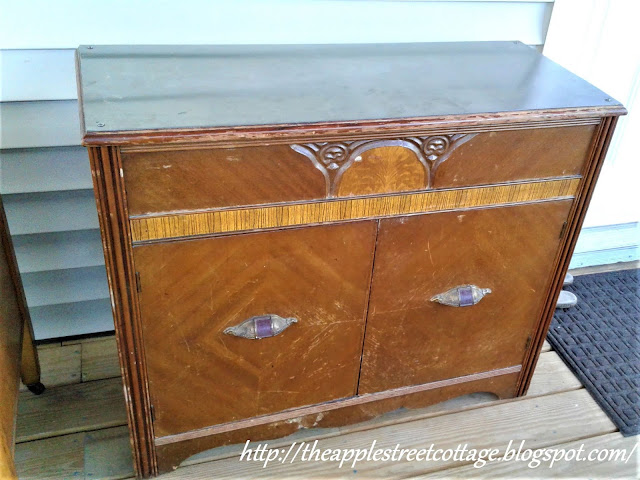 This post may contain affiliate links. Welcome back to the Cottage.  I hope you are all well and ready to hear another story about how I found two pieces of furniture.  A friend once told me I always have the craziest stories, but, hey, that's how I roll.  Are you ready??? Last Fall, at about 11:00 pm I was perusing one of the local garage sale sites when a post came up that said, "Two dressers $15 each." I immediately commented and messaged the woman to tell her I was interested and would like the measurements.  She answered right away telling me she would have to let me know in the morning since the two pieces were out in her barn.   I went to bed wondering if I'd hear from her at all, because people can be flakey on those garage sale sites.  But, sometimes, you have to have faith. The next morning, she messaged me with measurements.  I explained that I probably could only fit one of them in my car, but would still like to see them.  She asked me where I lived and
Read more 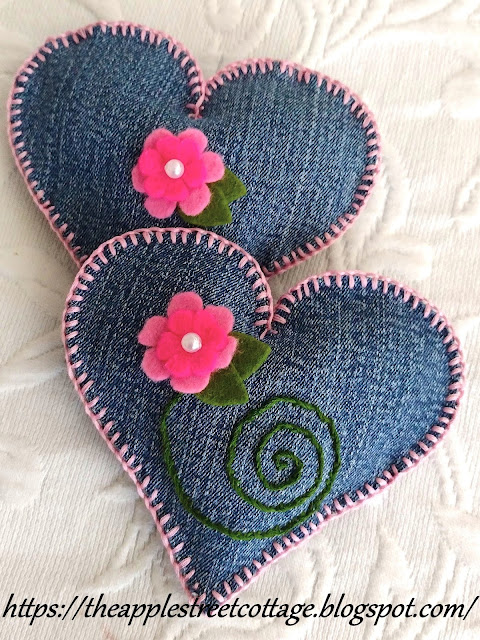 This post may contain affiliate links. Hearts are everywhere at this time of year, in all shapes, sizes, and materials.  If you save your old jeans instead of throwing them out, I have the perfect Valentine's Day project for you! Welcome to the  Creative Craft Hop  hosted by Sara from  Birdz of a Feather .   If you just came from Allyson @ Southern Sunflowers ,   welcome to the Cottage!  At the bottom of this post I'll direct you to the next stop on this hop, but be sure to visit all of the other stops too for some amazing inspiration. They will all be listed. First, a little background.  Last Fall I was invited to join a Fiber Arts group.  This lovely group of ladies scour thrift stores for wool fabric and turn it into beautiful creations.  Pillows, banners, table runners, tote bags, you name it, they've made it.  This was all new to me and since I currently do not have the room to store large amounts of fabric,  I bought a kit of gift bag ornaments to try it out and to s
Read more 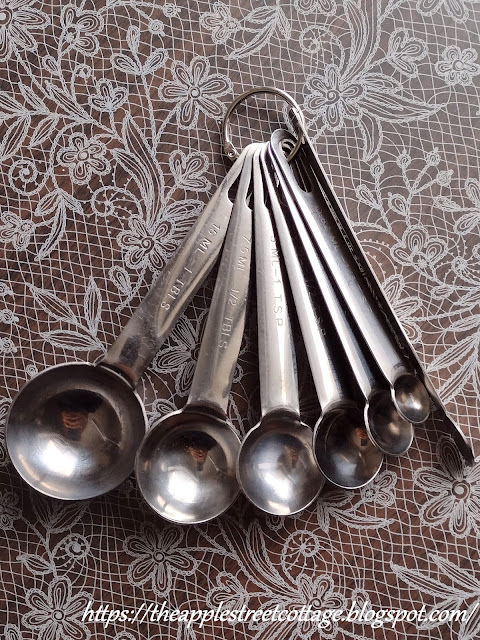 This post may contain affiliate links. Do you have a set of measuring spoons similar to these? Do you end up losing one (or 2) when you take them off the ring?  Or, if you keep them together, are you constantly spinning to find the correct spoon?   If this sounds familiar, I have the solution.   W elcome to the 'Do It Over' Designers blog hop.  We are a group of bloggers who love to recycle/upcycle/DIY.  I'm happy to host this hop and I hope you'll visit everyone to see what they have to share with you.  Their links will be listed at the end of this post. The solution begins with a piece of pallet wood.  If you don't have any pallet wood, no worries.  Any random board will do! Start by sanding and then painting your board in your favorite color.  I used a chip brush and craft paint . Since I wanted some of the grain to show through, I took a damp rag and wiped off some of the paint while it was still wet. While the paint dried, I opened up Design Space and creat
Read more