That's right - purple!  I've seen so many pumpkins in different colors - traditional orange, black, white, pastel pink and blue - so I decided to jump out of the box and go with purple!

Pumpkins have been harvested around here by the thousands. But, I didn't get my pumpkin from the pumpkin patch, mine came from the dollar store. 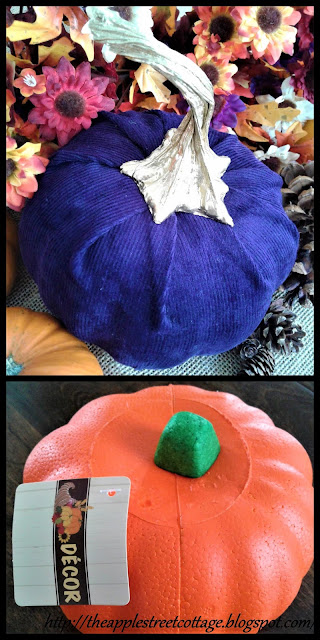 That's right, one of those bright orange, styrofoam beauties.  This one didn't even have the stem centered!  Ha!
Before we get started you're going to notice that my pumpkin is painted light gray.  That's because I thought I was going to do something else with it and then changed my mind.  I know you know what I'm talking about...wink, wink!
OK, let's get started.....
A friend had given me some beautiful purple corduroy fabric.  It wasn't even a half-yard, so there were limits as to what could be done with it.  I cut a piece that was large enough to go around my little pumpkin and got to work. 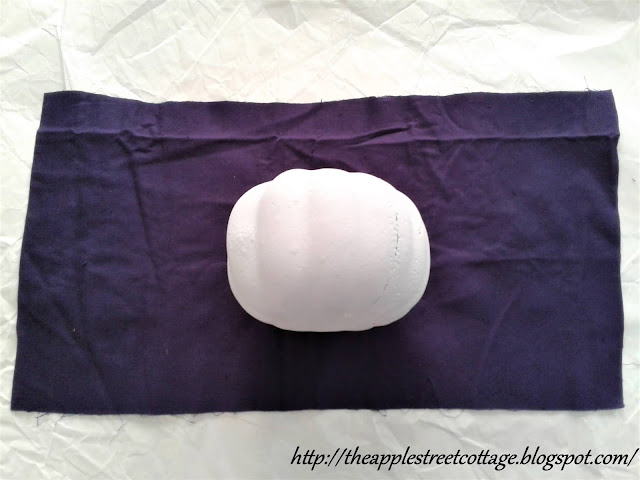 I added some glue and smoothed it out over the surface of the pumpkin. 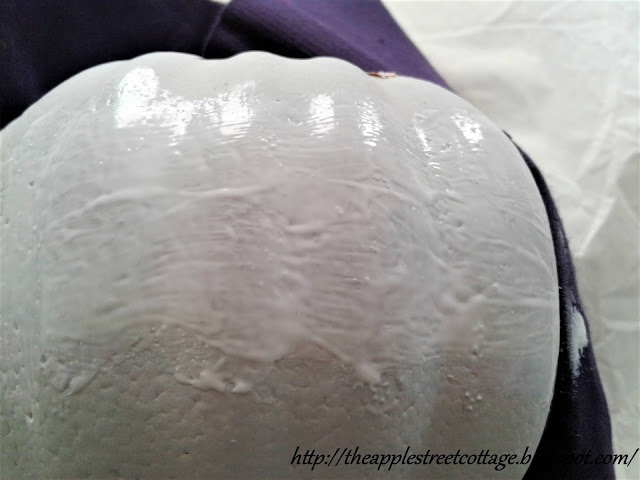 I wrapped the fabric around the center of the pumpkin, smoothing it into each crease. 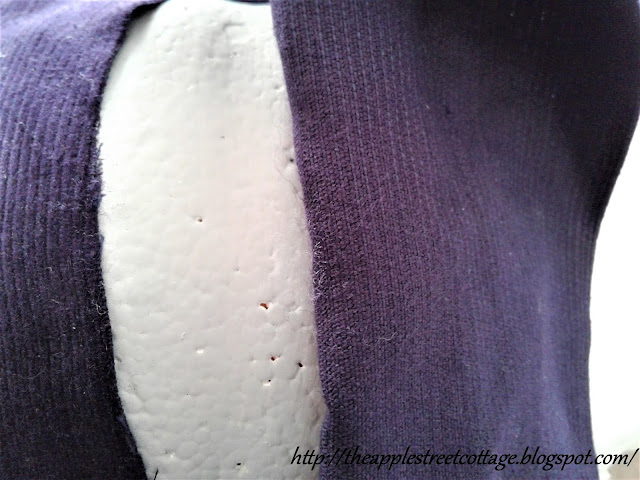 I wanted to keep the 'shape' of the pumpkin.  You can see what I mean here: 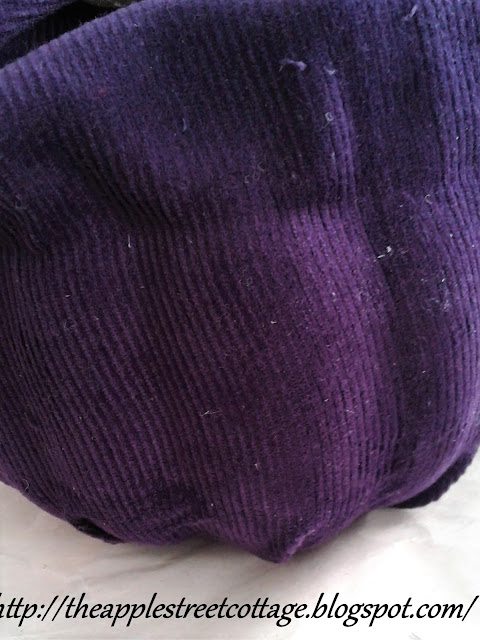 The fabric was smoothed and glued to the bottom.  A small hole was cut in the top and the fabric was folded (to allow for the curve) and pressed into the hole with some glue. 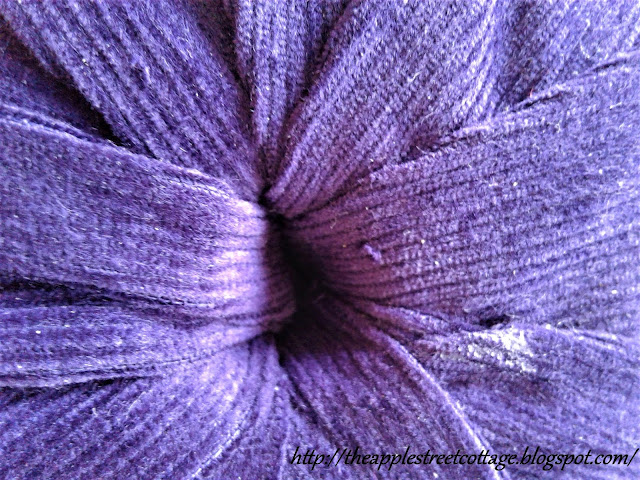 Next, a stem was needed.  I've started saving them so I chose the one that looked best and spray-painted it gold. 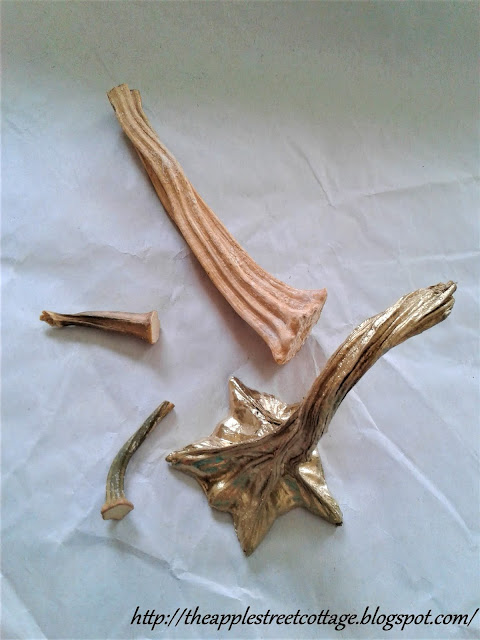 After gluing it on, I wrapped a couple of rubber band around it to hold it in place until it was dry. 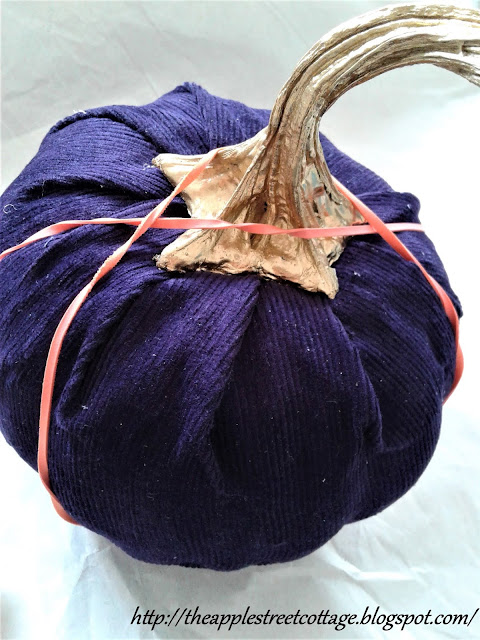 After using a lint roller on it, the purple pumpkin was ready for display. 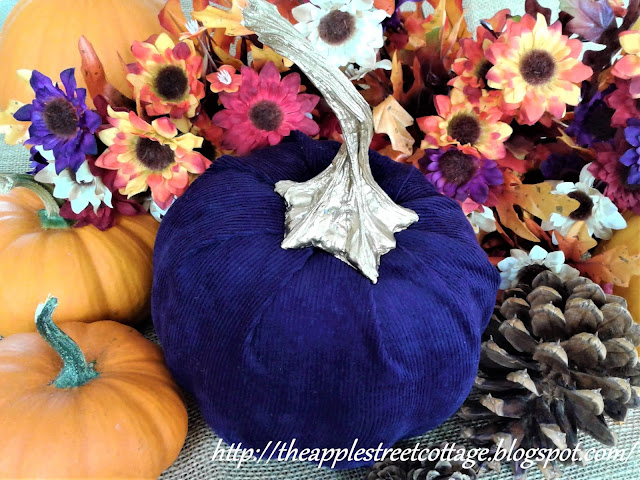 I love mixing jewel tones in with the traditional Fall colors.  What colors are you using this season?
I hope you'll pin, share, comment, and follow.  If you click on those 3 little lines at the top left of the blog (on the Home page), you'll see where to find me...or click on the icon below to share.
Featured at:
Inspire Me Monday 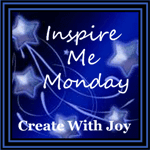 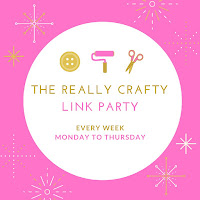 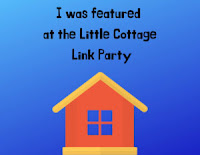 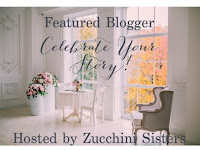