The Oak Mirror & a History Lesson

- September 19, 2020
I had no idea that there was a history lesson waiting inside of this mirror when it was gifted to me by my Fairy Godmother.  It was mentioned a few weeks ago, so let's get to it, shall we?
The mirror showed up on my front porch with lots of chipping blue paint. 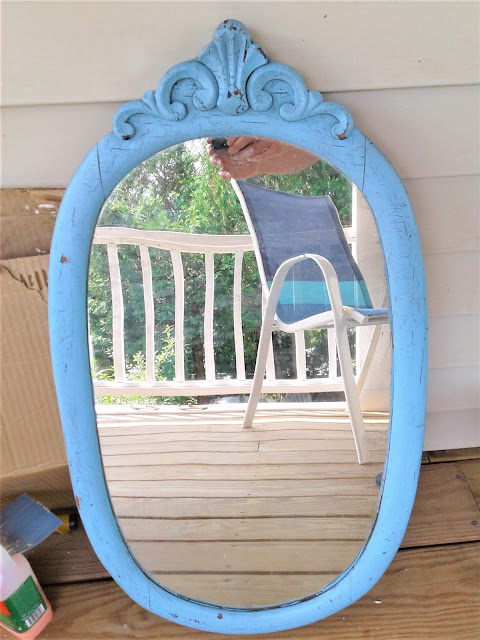 It actually flaked off with a touch of a fingernail and I could see it was made of oak.  Here's a close-up of the design at the top: 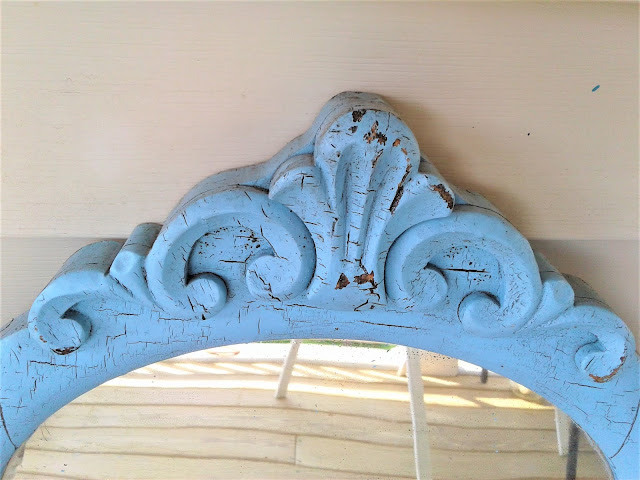 I knew I had to get rid of that paint and show-off the wood, so I started to dismantle the back to remove the mirror.  There was some wire for hanging and very old paper that flaked right off. 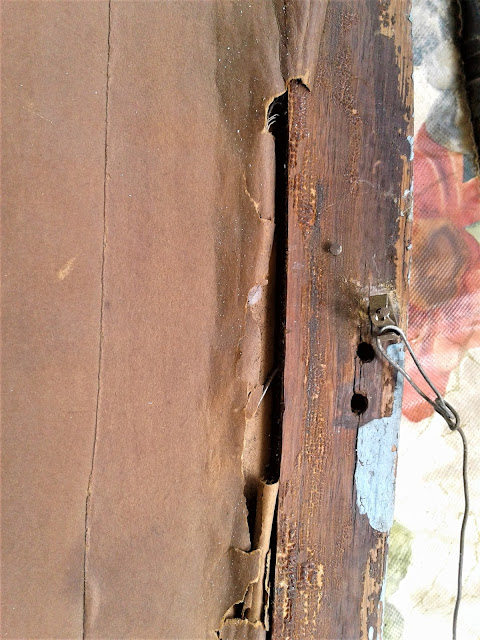 Once that was removed, I could see some tiny nails that held a piece of cardboard in place. 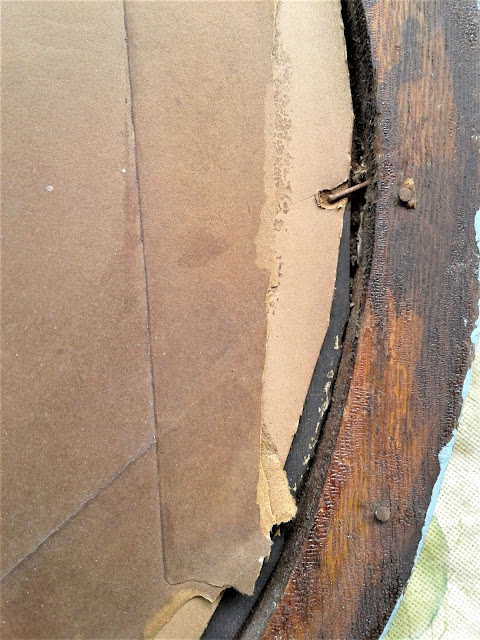 With a pair of pliers, I carefully removed those, lifted the cardboard off the back, tossed it on the floor, and continued to remove tiny nails.  There were SO many  and they were all dropped onto that piece of cardboard.  I scooped up the paper flakes, put them on the cardboard and brought it all inside to dump in the trash. As I tipped the cardboard to dump everything, I noticed something on the other side.  This is what I found: 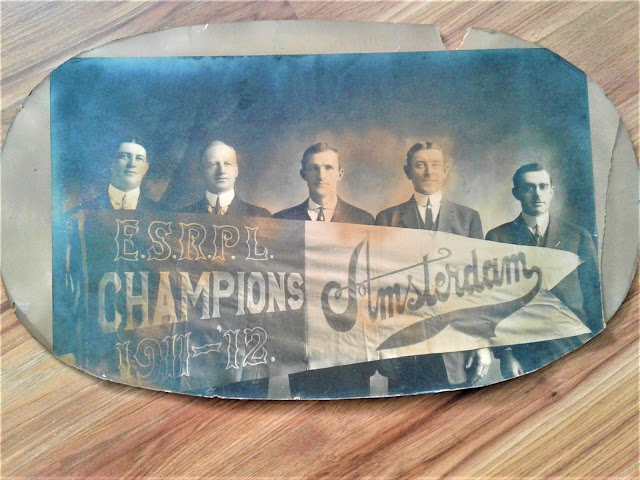 I was astonished - I had just thrown it on the floor!  This photo was approximately 22 inches wide and 13 inches high.  The best part?  It was in very good condition.  I showed my husband who immediately started an online search for those initials.  Sadly, he came up with nothing, so I contacted the historical society's website, leaving them a message describing what I had found and offering the photo to them.  In no time at all I had a response.  This is what it said:
The E.S.R.P.L. was the Empire State Roller Polo League.  Roller polo was a game similar to field and ice hockey, but played on a wooden floor by teams of players on roller skates who scored goals by knocking a ball into a net with a cane-like stick. The Empire State league was formed in the fall of 1909, although there was an earlier New York State league when the sport enjoyed its initial wave of popularity.  Amsterdam apparently had quite a good team even then and a very enthusiastic following as evidenced by the number and tone of several newspaper articles I just found on-line.  When the  ESRPL formed in 1909, Amsterdam was one of the original six teams.  I believe the photo you have may be the team with the league pennant they were presented on November 12, 1912 before the game at the Amsterdam Armory.
The team was named the Hurricanas, after the Sanford Farm.  Their colors, again taken from the riding colors of the Sanford Stables, were purple and gold (hence the Amsterdam High School colors).  The banner in the picture is, naturally, purple and gold according to the newspaper description of it.  The 1911-12 team was composed of Fred "Scoop-em-up" Lincoln, George "Stonewall" Harper, Edward "Jigger" Higgins, Barney "Block-em-all" Doherty, Jack "Cage-em-often" Mercer, and John "Whirlwind" Carrigan (Manager). I believe it is the five players in the photo (less the manager).
What an amazing history lesson and don't you just love the nicknames???
The photo was donated and Jerry (the man who picked it up) was beyond thrilled to have it added to the collection.  I was told it would be saved digitally as a failsafe measure and the idea of a creating a calendar was being considered.  He thought this photo and the story would be perfect for it.
But, there was still work to be done on the mirror frame, so let's get back to that, shall we?  I sanded most of the frame and used Citristrip on the decorative portion at the top. 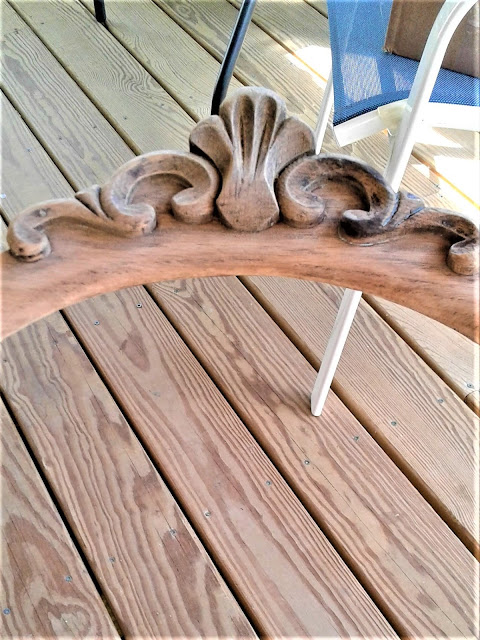 The black on the upper right was not coming out and I think it may have been charred.  This was not a problem, since it would be painted black to make it stand-out.
After painting and distressing that portion of the frame, golden oak stain was applied. 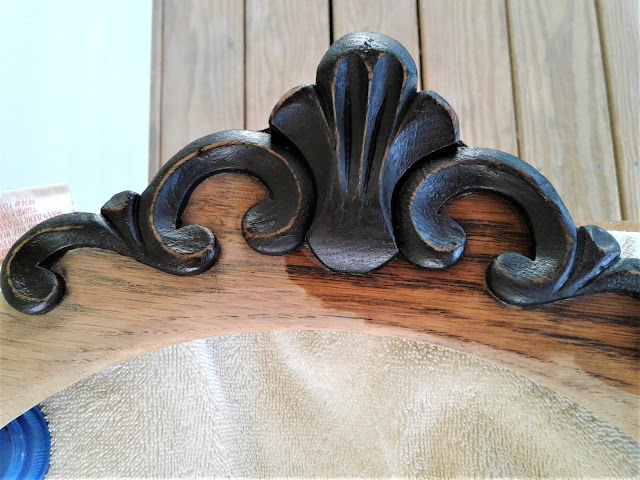 A cotton swab made it easy to get stain into those little nooks and crannies. 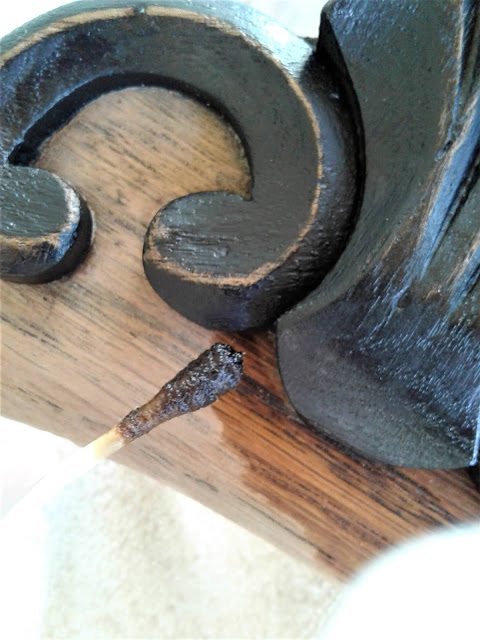 When the stain was dry, the entire piece was sealed with polycrylic.
I decided to keep the original mirror since the silver was in decent shape - far from perfect, but decent.  Using the cardboard and photo as a template, I cut a piece of mdf for a backing. 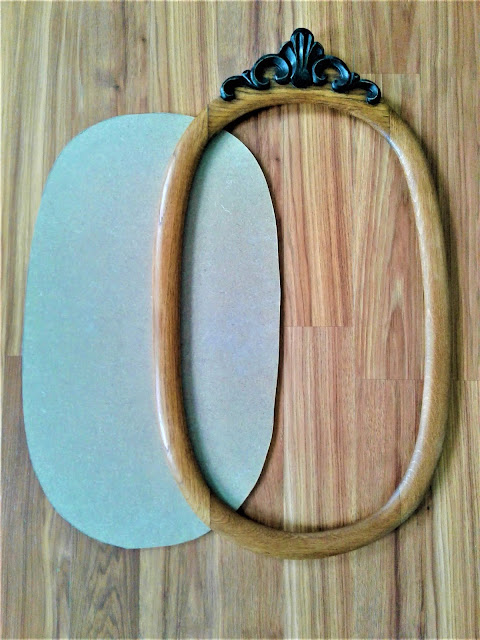 The mirror was reassembled and everything was secured with metal brackets and screws. 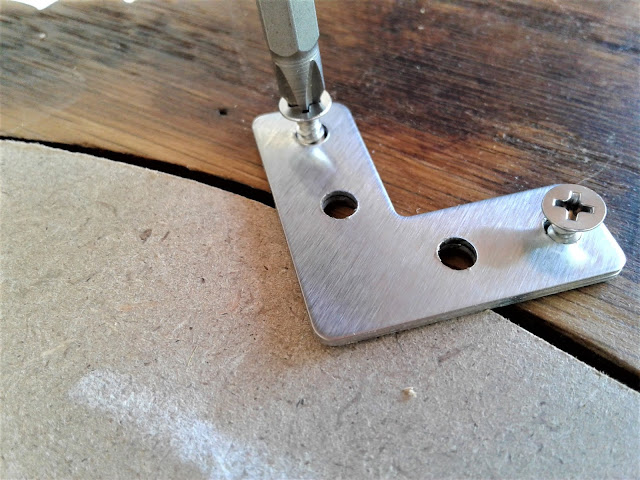 Let me share a little secret with you.  Old things are rarely 'perfect' and this mirror was no exception.  In this next photo you'll notice a 'T' on the mdf. 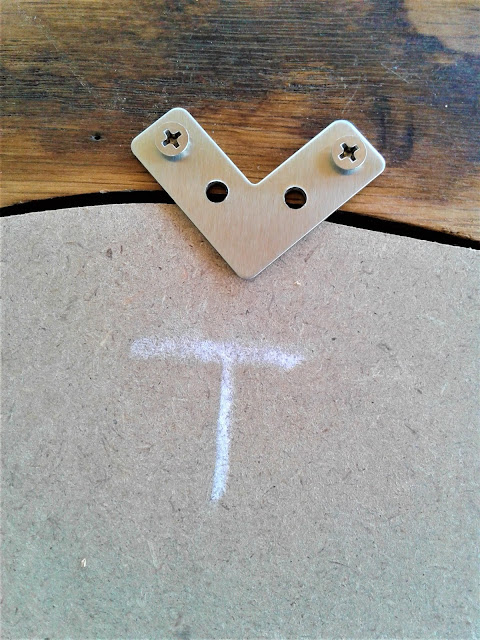 As you've probably already guessed, 'T' stands for 'Top'.  I found this out the hard way when I tried to put the mdf in the other way and it didn't fit.  That's right, this is not a perfect oval.  Shocking, I know!  lol
A sawtooth hanger was added and the mirror was finished. 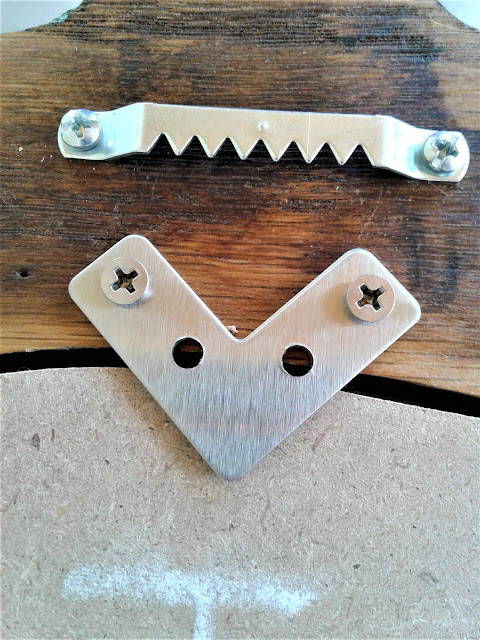 I'm so glad it's not blue anymore! 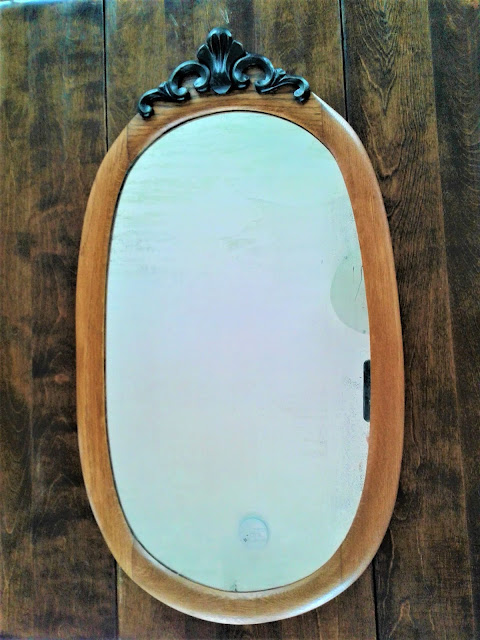 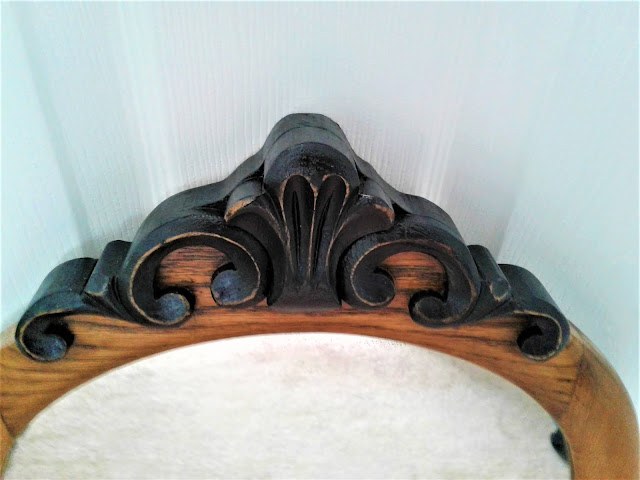 Old things have always fascinated me and I've always said they have stories to tell.  Little did I know this story was hiding in plain sight.
What stories/history lessons have you found lately?
Featured at:
Waste Not Wednesday 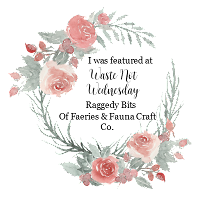 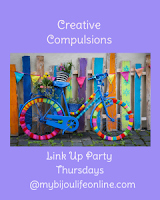