- August 25, 2018
This summer, we were fortunate to have some Black Swallowtail Butterflies in the garden.  I had seen a few butterflies fluttering around but didn't give it much thought until I saw these little creatures on my dill: 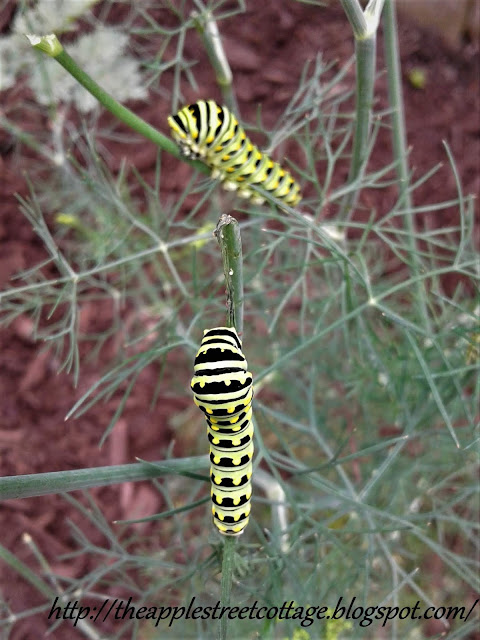 I was just puttering in the garden, pulling weeds and checking for tomatoes, when I noticed seven of them munching on my dill like it was a free buffet!  Let's face it, it was!
Within a couple of days,  the dill plant was almost completely devoid of leaves and some of the caterpillars had move on to greener pastures.  I decided to 'rescue' a couple of them in a jar and proceeded to feed them Queen Ann's Lace.
After about 6 days, the first one formed it's chrysalis.  I was so excited that I had actually been able to keep them alive to do this! 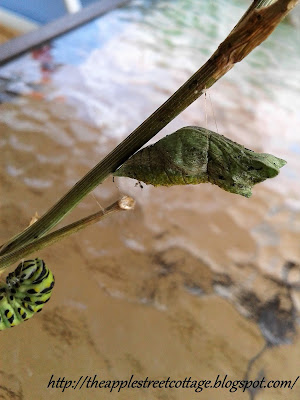 This next picture is a little blurry, but it shows the second one forming it's 'J', which means it's getting ready to shed it's skin and become a chrysalis. 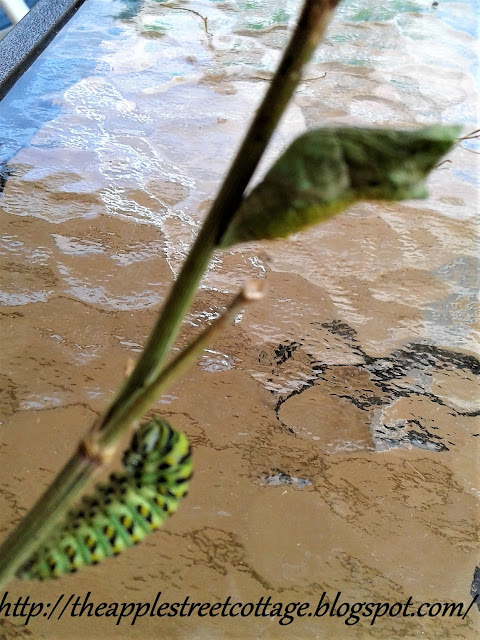 Two days later, I had another chrysalis. 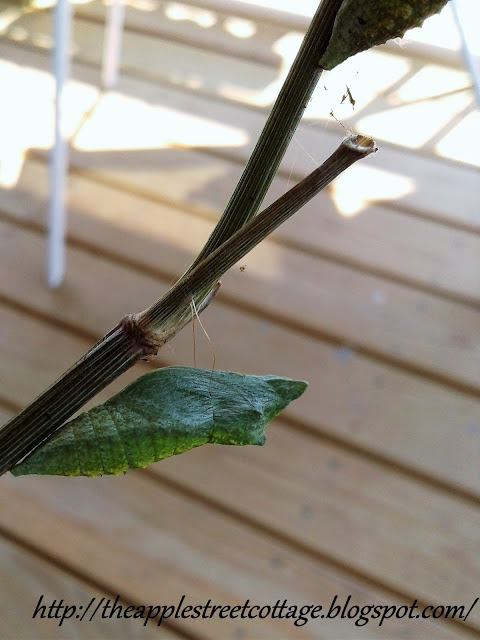 I think it's absolutely amazing how that tiny thread is able to hold that chrysalis to the branch. It was now time to settle in and wait.  I read that when the chrysalis turns dark, it's almost time for a butterfly to emerge.  I kept checking...
Eleven days later, we came home and found this: 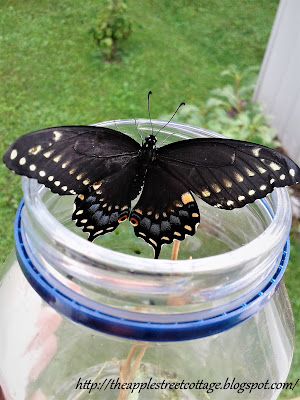 While we were out, the first butterfly emerged.  Sitting on the edge of the jar, it wasn't long before he/she was airborne!  The big question now, was, when would the next one emerge?
Two days later, once again we were out and when we came home, there was a butterfly!  This one was still in the jar on the stick, so I gently lifted the stick out of the jar. 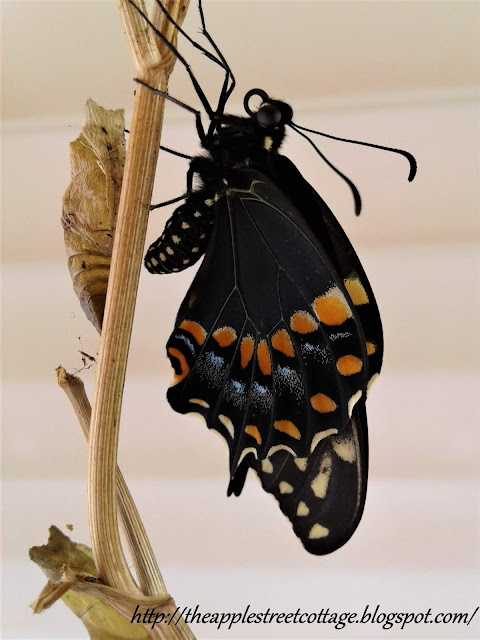 This butterfly promptly hopped on my hand and seemed very happy to be there: 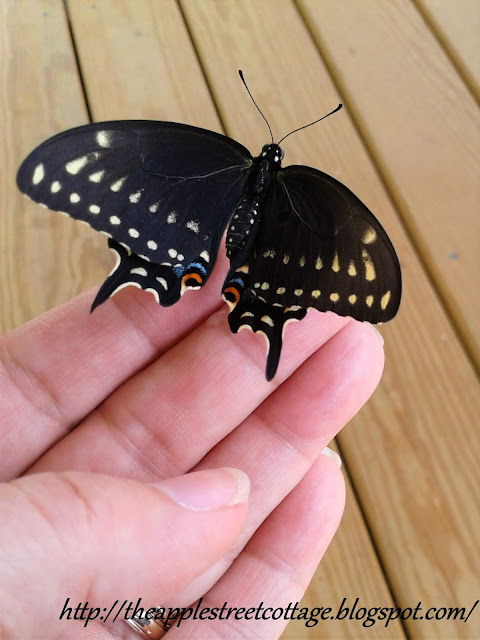 I moved my fingers and he/she proceeded to pose for a few selfies! 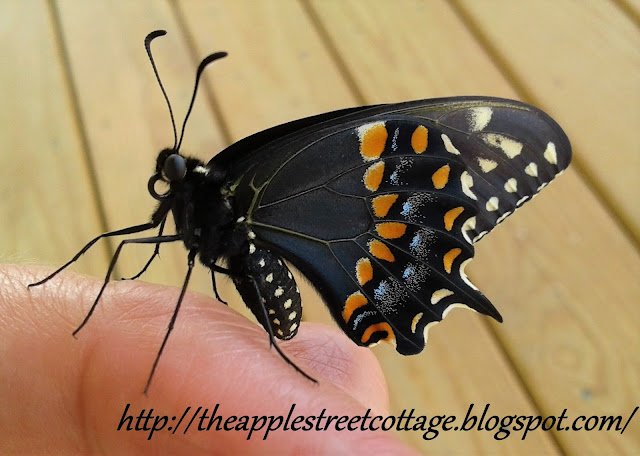 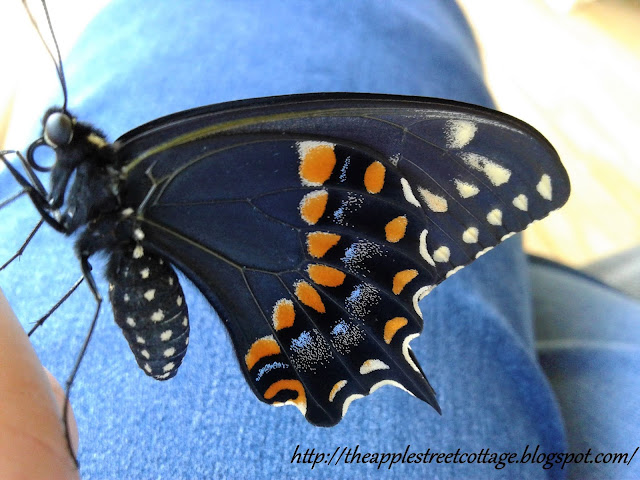 After about a half hour, I decided to walk over to the garden to see if there was any interest in the flowers there.  Mr./Ms. Butterfly hopped over to a leaf on the hollyhocks and seemed to be quite happy. Mother Nature never ceases to amaze me and even though, I no longer have any dill, it was worth the experience of watching the life cycle of these beautiful creatures.
I will probably do it again next year, although, I'm not so sure I'll allow them to eat my entire crop of dill!

P.S.  I bought some dill seed to plant indoors, since Fall is coming soon!
Thanks for stopping by.  I hope you enjoyed the peek at my garden guests!
Butterflies Gardening Life