- November 05, 2016
This idea has been rattling around my brain for a while, and I finally made it happen.  I wanted to make something special for my son and since he loves to work on trucks, it had to be tool-related.  I found an old wrench at the flea-market for $1 and decided to combine it with some pallet wood. 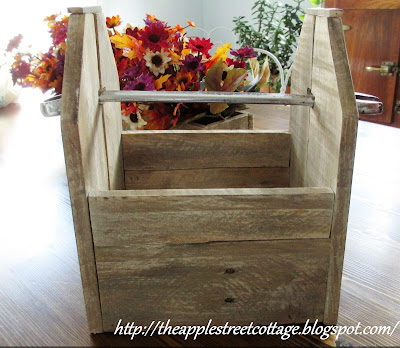 I wanted the wrench to be the handle and that was the tricky part. The ends had to be built from two pieces of wood notched to fit around the wrench.  I used my jigsaw to notch the wood little-by-little until the wrench fit.  Here's how they looked before assembly: 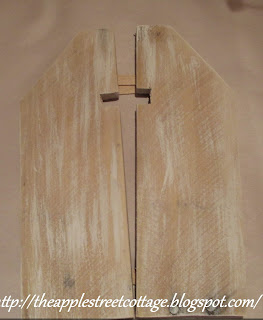 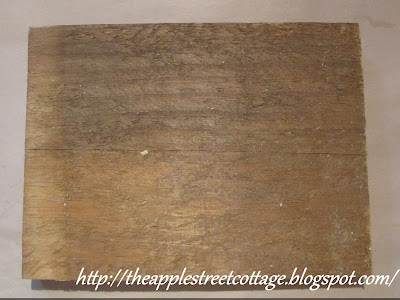 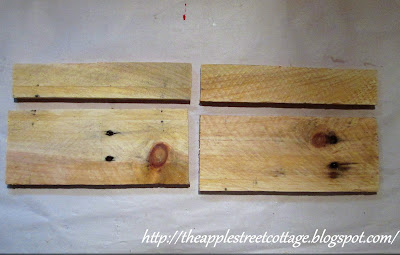 Once everything was cut, sanded, dry-brushed, stained, and sanded again, it was assembly time.  I don't have pictures of this part because I needed both hands!  After fitting the end pieces around the wrench I used super glue to adhere them together. 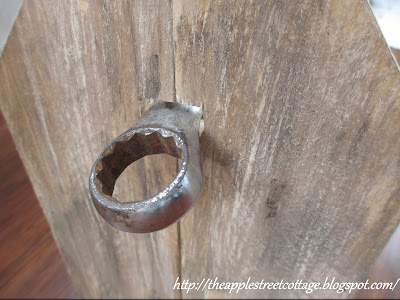 Once both ends were done, it was simply a matter of nailing the box together and adding wooden 'caps' for the ends.
Obviously this is not a real toolbox, but I'm sure my son will find something to put in it.  This is his Christmas present, so don't say anything!!!!  I hope he likes it! 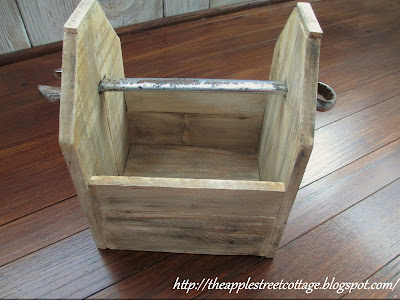 This project was a little tricky so I don't think I'll be making another one anytime soon, but I do like it's uniqueness!

Thanks for stopping by.  I'll let you know what he thinks of it when I give it to him.

Featured at:
The DIY Link Party - Pleasures of the Northwest 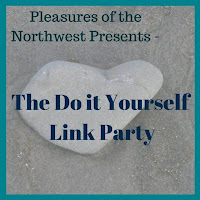 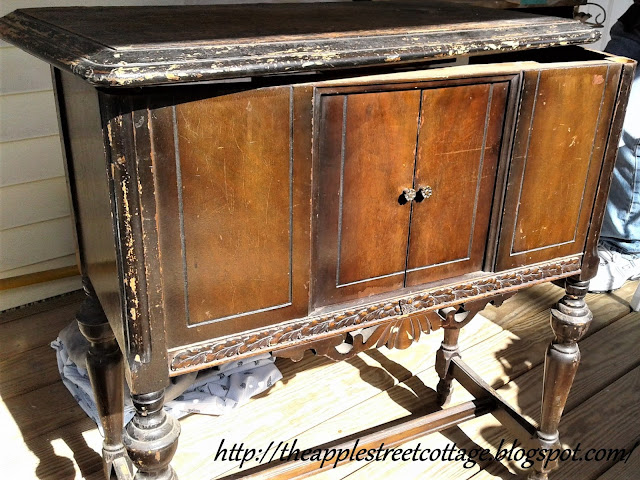 As usual, this find has a story that began late last Fall at a yard sale.  When we walked up the driveway, I recognized the man holding the sale. You see, I'd met Mike before - twice.  He does sales for other people and this one was no exception. My husband spotted him first and started to laugh.  When Mike looked up and saw me, my husband announced, "She's back!"   Mike responded with an unenthusiastic,  "I see that."  You see, I drive a hard bargain, my husband has even called me 'ruthless', but, I get good deals.  This day was no exception.....    I spotted this cabinet in the back of the garage and asked Mike how much he was asking for it.   He looked at me and asked, "How much are you thinking?" Dangerous question....The top wasn't even attached! My response?  "I want it for 5 bucks." He laughed.  I smiled! Long story short?  I picked up a few other items and ended up getting the cabinet for $8. I know, Ruthless!  (She
Read more 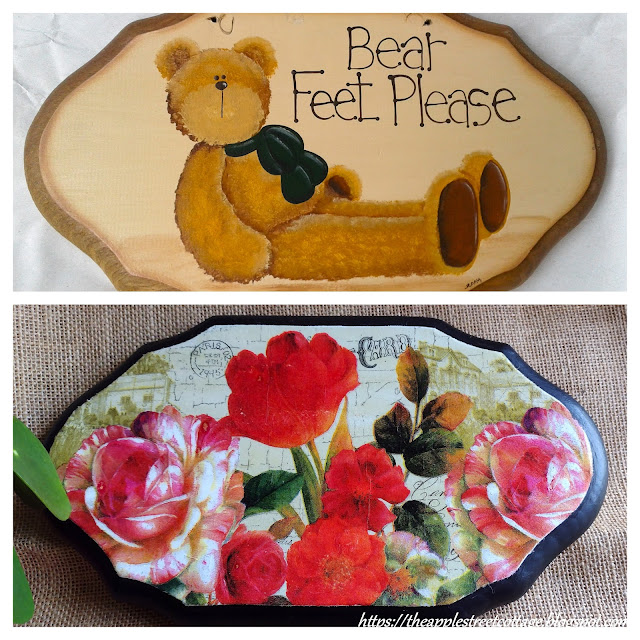 This little plaque   was sitting on a thrift store shelf with a price tag of $2.  I could see it was solid wood, but that cute little bear was straight out of the 80's.   It came home with me and sat.... in the closet... waiting patiently... for 2 years!    I came across it again, took it outside and gave it a good coat of Citristrip.  Once it was cleaned off and sanded it went back into the closet.... for another 2 years!    Go ahead, call me a Procrastinator.  I can take it!   Welcome to  The Sustainable Pinterest  Challenge , a group of bloggers who are challenged to recreate a pin from Pinterest focused on sustainability. Many thanks to  Julie from Sum of Their Stories  &  Gail from Purple Hues and Me  for hosting.   The theme for this month is 'Thrift Store' and I was inspired by this pin because of the shape. I honestly started with a  completely different plan for this sign so let's just say this project has been a 'Journey'. There it was.  Cleaned
Read more