- June 22, 2015
I'm not sure if I ever mentioned this, but the screens (and windows) at the cottage are original.  That's right, 75 years old - and to be honest with you, I think they have 75 layers of paint on them, but that's another story.  The biggest problem was the fact that the screens had holes in them - not very effective at keeping out the bugs! 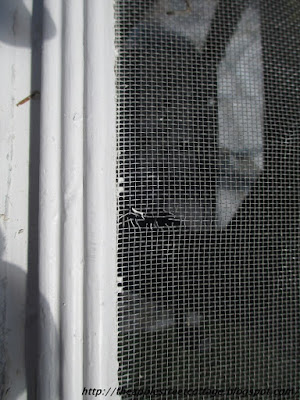 Let's not overlook the paint that was all over the edges: 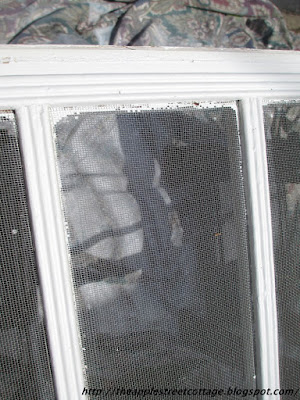 The first order of business was removing the thin moldings around the screen - no rubber spline here, folks, this is VINTAGE!  The goal was to remove it without cracking, splitting, or breaking it, soooo, I started by scoring through the 75 layers of paint... 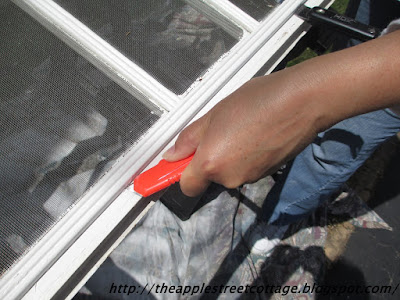 ...and gently lifting the moldings: 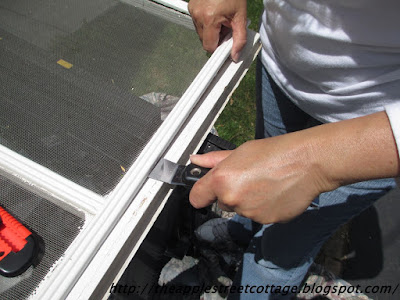 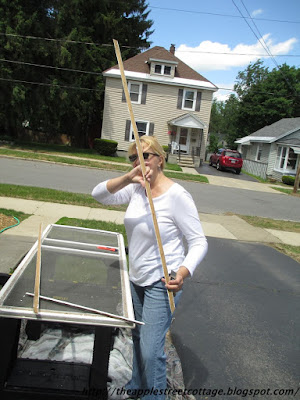 SUCCESS!
A few of the finishing nails stayed put, so they had to be pulled out 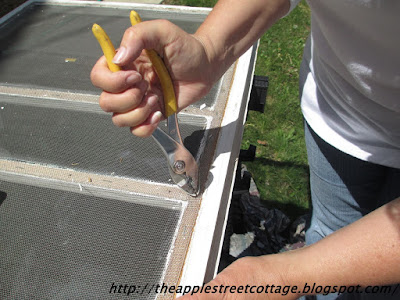 Along with the staples - there must have been 100! 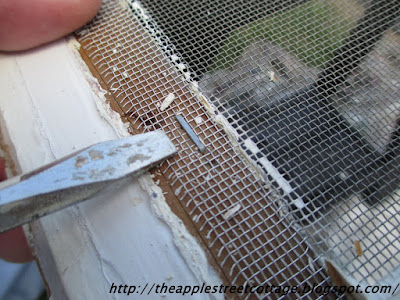 The frame and moldings were scraped, painted and left to dry: 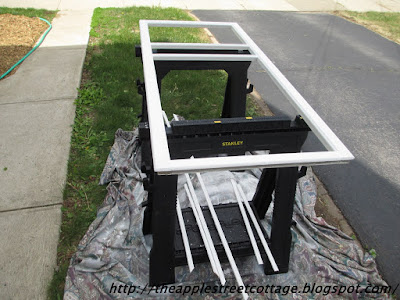 It was finally time to rescreen!  The new screening was layed across the frame, stapled, stretched, and stapled again. 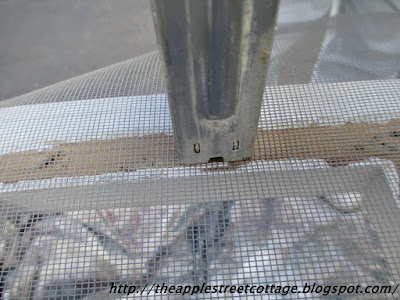 The screen was trimmed and the freshly painted moldings were reattached: 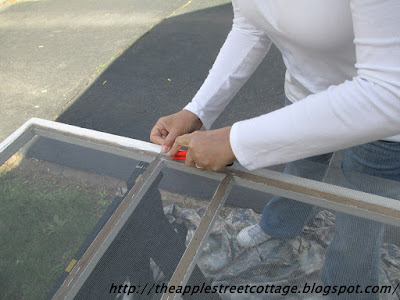 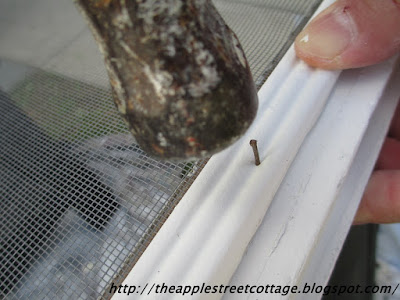 The screen was finished! 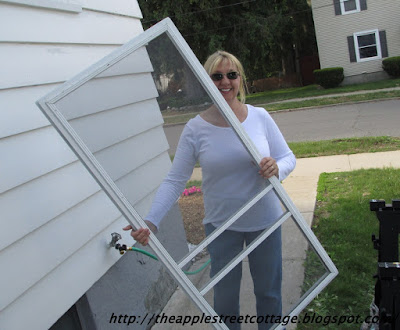 DISCLAIMER:  I can not take full credit.  I have a wonderful husband who also worked on this project.  He helped remove all of the staples, did the scraping/painting, stapled, while I stretched the screen, and tapped in those tiny nails that reattached the moldings.  He is the BEST!!

People ask us why we don't get new windows and our answer is, these are just too cool!  To be honest, with a little love and attention, these are just as effective as new ones.  We are inspired by Nicole Curtis - she always tries to keep things original.

That being said, thank you for stopping by the Cottage.  I hope you'll stop by again soon!

Have a great week!

Linking to:
Amaze Me Monday
Something To Talk About
Merry Monday
Table It
Inspire Me Tuesday
Oh My Heartsie Girl
Before & After Wednesday
Creative Spark
Grandma Ideas
Create It Thursday